The Hospital owes its existence to the beneficence of John and Rebecca Wilkins who lived at Ravenstone Hall. Their only son, Francis, died in February 1711, aged 21 years. Shortly after this Rebecca made a will and on her and her husband’s death certain property was to be used for the building of a Hospital for 30 poor women.

On the death of Rebecca in 1718, building commenced. There were only sufficient funds to accommodate 25 women and 2 servants. Each resident was to receive 3s 6d per week and wear a gown of grey serge. Material for renewal of the gown was given annually. Two wagon loads of coal was given to each, annually.

The Residents had to attend the on – site Chapel for prayers each morning. Their Chaplain was resident in ‘The Chaplains House’ which is part of the whole establishment.

The Hospital was to be managed by Trustees, who were to meet twice yearly. Preference was given to women residing in Ravenstone, Swannington and Coleorton. Income was derived from farms and land owned by the charity.

In the 1950s the last farm was sold and income derived from modest rents paid by the Residents.

The accommodation was upgraded in the 1960s to self-contained flats on one level – either upstairs or downstairs – with central heating replacing the coal fire. Water rates and telephone standing charge are paid for by the Trust.

Today each apartment is occupied. The warden lives on site and a weekly service continues to be held in the Chapel. The beautiful grounds are well maintained for the enjoyment and benefit of Residents, and also used for garden functions by the Church and other charities, e.g. the Marie Curie Foundation.

In 2011 the Charity celebrated 300 years since its founding with a Royal Visit by HRH Princess Alexandra, a Service of Thanksgiving and other events. Many of the historic features of the original buildings have been restored and the almshouses, now known as Ravenstone Court, offer an attractive and comfortable setting for peaceful living.

It is pleasant to walk along Hospital Lane and look over the wall into the garden, enjoy the mellow red brick façade, the pleached lime trees and the small, diamond paned windows. 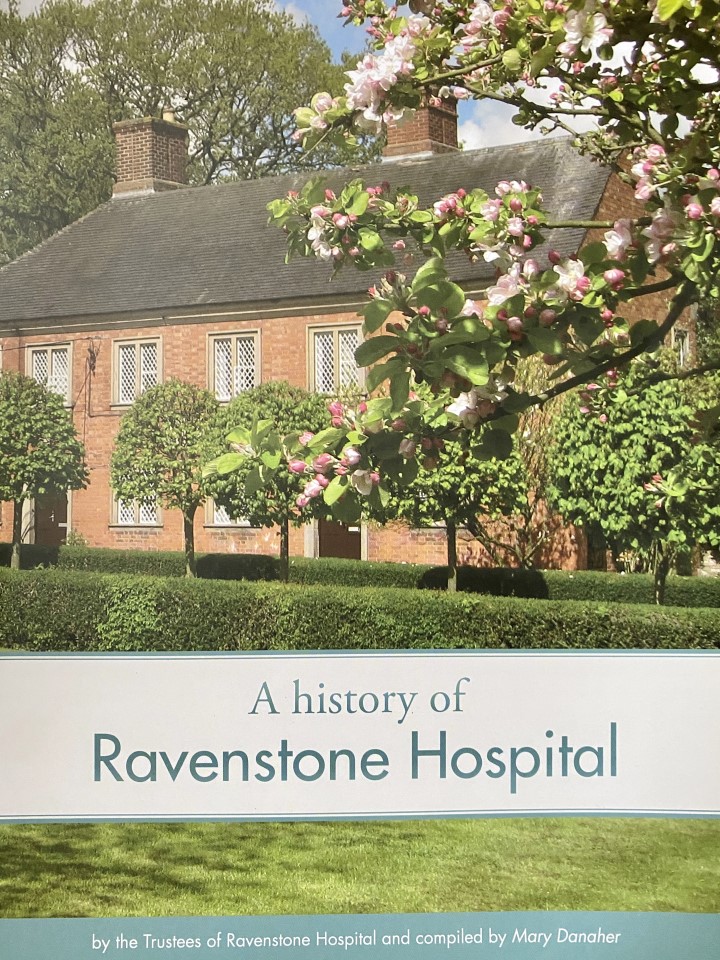 A History of Ravenstone Hospital by Mary Danaher.